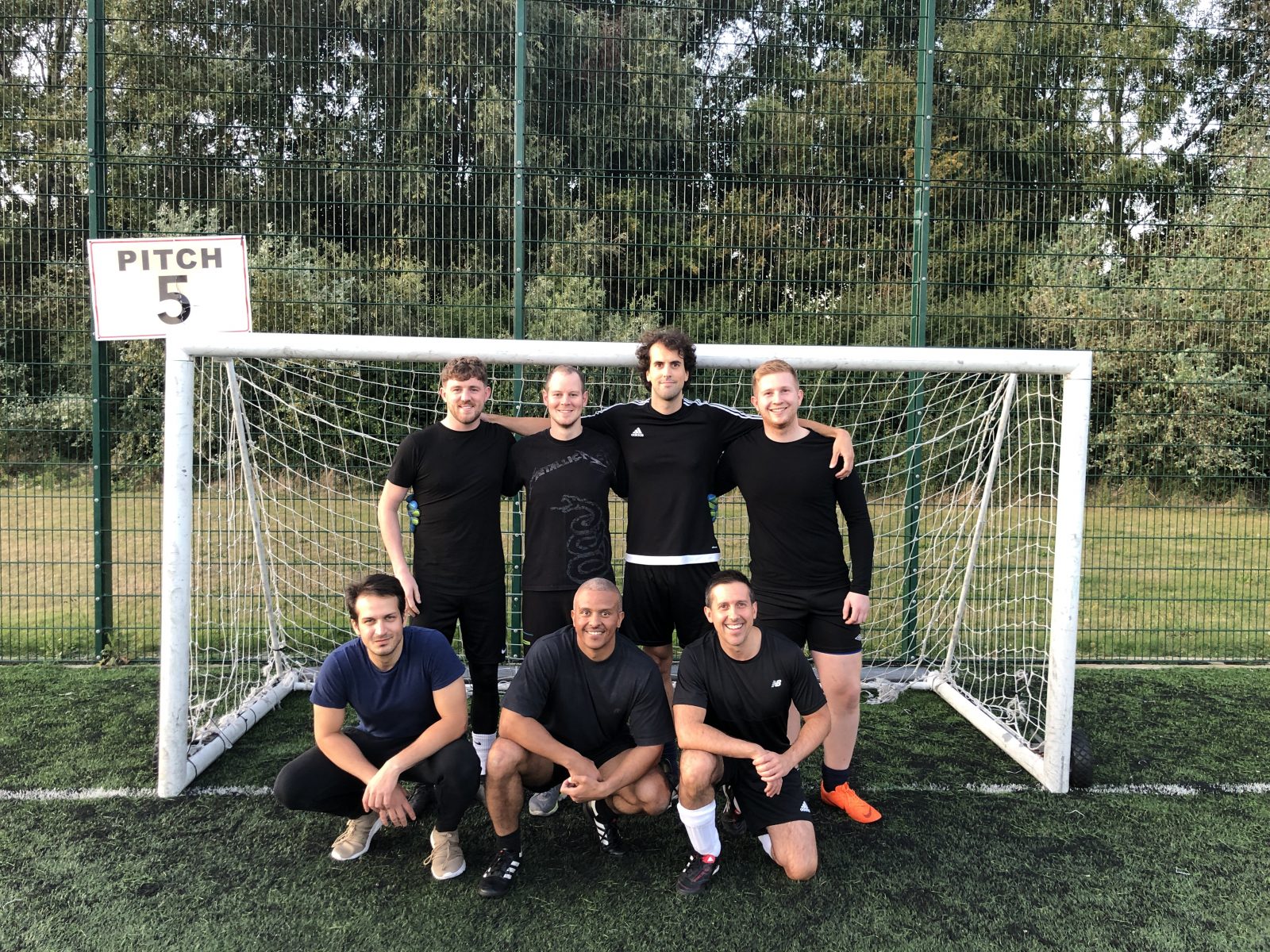 The evening started in an entertaining fashion with some crunching tackles from Team DevCon in the first match against PlanCommit Utd – yet it ended in a 0-0 draw.

The second and third matches however had plenty of goals with the Uncivilised Engineers and PlanCommIT Utd (a mix of our Planning and Commercial Architecture departments, along with some help from Surveying and Structures!) winning 1 a piece to progress into the finals.

In a final that started off tense from both sides, the Uncivilised Engineers (a combination of our Bedford and Birmingham engineering departments) went on to beat PlanCommIT Utd 3-0.

With around 30 Woods Hardwick supporters watching from the side lines, they helped the teams make a good dent in the pizza after the match.

What a great evening of entertainment! You’ll be pleased to know that there were no red cards issued or any injuries.

Watch out for the next tournament, taking place in early 2020.